The Library Board and staff have been working with architects to bring our new building to life for the Lombard community with additional space for materials, events, and studying. We are excited to move forward with plans for our new building at 411 South Main Street!

Please check this page for updates. Though it is archived now, you can still access our previous referendum information site.

Posted on: November 11, 2021
Progress on The New Helen Plum Library is coming along as construction is completed on the public elevator tower and East stairwell.

Posted on: October 8, 2021
As we wind up the first year of our building project, with construction scheduled to be completed at the end of next year, Helen Plum Library shared a progress update on the New Building Project in four different virtual sessions on September 29 and 30, 2021.

Posted on: August 16, 2021
During the summer of 2020, Helen Plum Library surveyed the community as a key to understanding our current strengths, which services we provide are most valued by our community, and to pinpoint areas of focus for future growth.
View All

Sign up for the biweekly email newsletter from Helen Plum Library to keep up-to-date on the latest new building information!

At the June 8, 2020 meeting of the Helen Plum Library Board, the Board executed a sale agreement with the current property owners of three distinct tracts on land at the southeast corner of Main Street and Hickory Avenue.

The Library intends to develop the former Mr. Z’s grocery store property, an undeveloped tract within the Mr. Z’s parking lot, and the existing office building at 425 South Main Street. The existing structures on the subject properties will be razed, and a new Helen Plum Library will be constructed on the consolidated properties.

The Library Board determined that relocating to the 401 South Main Street site would best suit the needs of the community, and this approach allows for the construction to be undertaken in a single phase without interruption to day-to-day operations.

A single standalone library building will be constructed on the premises. The concept plan will be to provide similar programs, functions, and resources as the previous concept plans that were publicly shared after the referendum was passed in 2016. The site will also be improved with a new parking lot and a drive-through for pick up and drop off of materials.

Until the Library receives final zoning approval, obtains building permits, and closes on the Main Street properties, the Board will not initiate discussion of the future of the current site. The Maple Street location will continue to be the Helen Plum Library interim site until the move to the completed building on Main Street.

On Thursday, January 14th, the Village Board unanimously approved their consent agenda which included the second reading of the Village Ordinance outlining the Library's construction and zoning petition. This is the final step needed to begin the closing process on the 401 and 425 Main Street properties.

All dates are estimates, and all images are in-progress renderings. All are subject to change.

The architects are using both Illinois Department of Transportation criteria and the Village’s clear line of sight requirements to assure safety for drivers and pedestrians.

The Library will need to undertake the following steps:

Sign up for the Helen Plum Library biweekly email newsletter, which will link to any new project developments, by visiting helenplum.org/newsletters.

The Library has begun receiving inquiries from vendors about bidding for work related to the new building. Thanks for your interest! Please use the contact information below for more information on the public bidding process

The plans include 5 accessible parking spaces adjacent to the east entrance of the new building.

Our collections develop and change in response to community interests and needs all the time. For example, during the pandemic, we reallocated material budgets to support online lending, like Hoopla, and greatly increased the hotspot lending. As we look forward to the new building, we will continue to access usage patterns. We cannot yet make final determinations about collection size until we are further along in the design process.

The landscape architect plans to accommodate appropriate and enhanced plant materials. The addition of lilac plants will be taken into consideration. No final landscape plans are available at this time.

Particularly with the proximity to the Illinois Prairie Path, bike racks will be placed near both the front and rear entrances.

We have discussed all aspects of sustainability for the project with the architects and are taking a larger review of possibilities for green technology or other enhancements to improve building efficiency. This includes potential for a green roof, solar panels, a selection of enhanced roofing materials, geothermal heating, and addressing natural lighting and sunlight/heat absorption.

Each of these elements require up-front and maintenance costs, many significantly more than what is currently included in the construction budget estimates. Input from community members regarding their desire for sustainable aspects will always be taken into consideration.

In addition to sustainable energy considerations, the current plan provides an asphalt parking lot with concrete walkways. Permeable pavers may be incorporated into the project, subject to further review, taking into account cost and maintenance considerations.

Prior to planning the interior for the new Helen Plum Library building, we reached out to our contacts in the vast public library community. We wanted to know who had added a coffee shop to their spaces, and the pros and cons of their arrangement and effectiveness. From the responses that we received, although some have had success with a coffee shop inside a library, the majority have not considered it, closed it, or regret adding it to their building for various reasons:

Many libraries have incorporated high-end vending cafés to the satisfaction of their patrons. As the new library plans get closer to our scheduled opening dates, we intend to survey the community on their preferences for available vending refreshments.

With a café leased to a private operator, the Library would have limited control over available products, customer service standards, and the space could remain vacant for extended periods of time between tenants. Area libraries have had problems with all of these over the years.

If a café were owned and operated by Helen Plum Library, the Library needs to deal with staffing and managing a food service business, which is far outside the typical core function and training of public library staff. Our organization would prefer to support local businesses in the community rather than create competition.

Please click here to find the Draft Master Budget, presented to the Library Board on January 20, 2021

Building cost increases usually occur as a result of market forces and reflect increases in the cost of labor and materials. Some owner-incurred costs do include the extended design process and the purchase of property.

The Library has accumulated a significant portion of the voted levy increase. The funds on hand are expected to be in excess of $10 million and will be used for the building project that is scheduled to begin construction in spring of 2021. At this time, the Helen Plum Library’s financing plan for the new building has not yet been finalized.

The debt payments on the amount borrowed will be sized to fit the Library’s goals. For instance, larger payments reduce the debt faster and smaller payments allow greater funding for the Library. The Library Trustees will determine how they want to finance the project once the final project cost and funds on hand are determined in early 2021.

The bond ordinance that was voted on by the Board in July 2020 authorized the issuance of general obligation bonds not to exceed $25 million. That figure is a cap, not the actual amount that will be borrowed.

We plan to have a furniture sale of items not being used in the new Helen Plum building. This sale would likely be held once the staff has moved into the new facility.

Disposition of the contents of both the Mr. Z’s and 425 S. Main buildings, as well as and anything else on the properties that is salvageable, will be handled by the company awarded the demolition bid.

While preparing for the demolition bids, contractors may factor into the bid pricing any costs they can offset with materials that can be salvaged or sold. The Library will not be independently handling details for any of the contents or components of the building.

Once the demolition bid is awarded, you can of course contact the company directly to let them know you are interested. The firm, Alessio and Son’s Company’s website is https://www.alessiocompanies.com/ 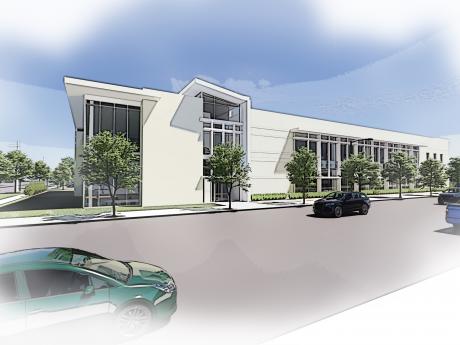 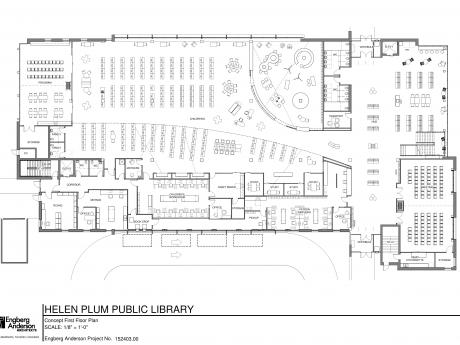 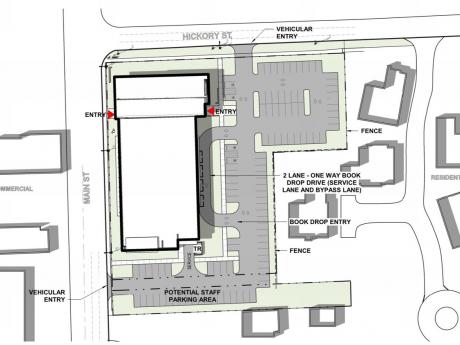 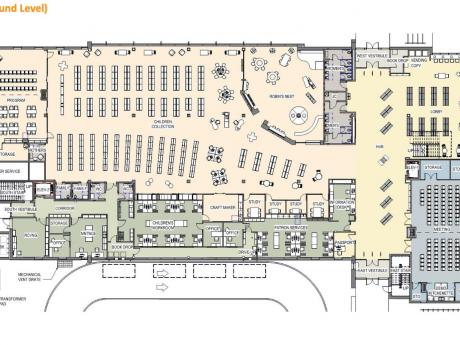 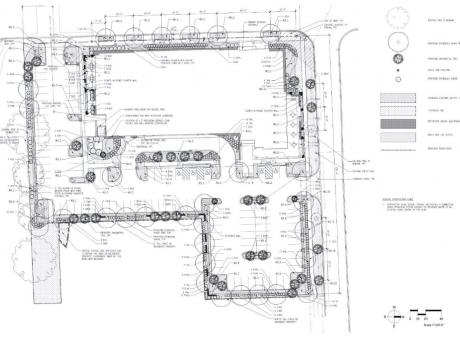 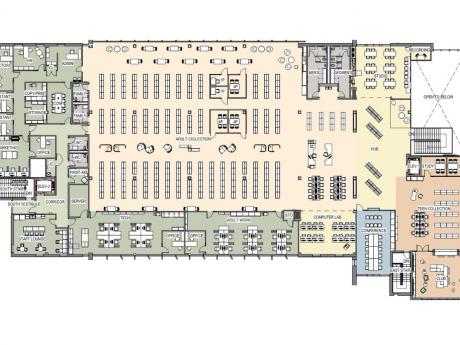